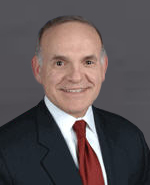 Gary Grappo is a former U.S. ambassador to the Sultanate of Oman and currently a Distinguished Fellow at the Center for Middle East Studies at the Korbel School for International Studies, University of Denver. He possesses nearly 45 years of diplomatic and public policy experience in a variety of public, private and nonprofit endeavors. Ambassador Grappo provides analysis, guidance and advice on foreign affairs and national security, and writes and speaks frequently on Middle East affairs and foreign policy.

In addition to his service as ambassador to Oman, he served as Envoy and Head of Mission of the Office of the Quartet Representative, the Honorable Mr. Tony Blair, in Jerusalem. He held a number of senior positions in the State Department including Minister Counselor for Political Affairs at the U.S. Embassy in Baghdad and Charge d’Affaires and Deputy Chief of Mission of the U.S. Embassy in Riyadh, Kingdom of Saudi Arabia. Ambassador Grappo received numerous State Department awards, including the 2009 Senior Foreign Service Presidential Award for his service as Chief of Mission in Oman.

During his Foreign Service Career, Ambassador Grappo served numerous assignments at the State Department in Washington, D.C. as well as in postings in Nicaragua, Portugal, Jordan, Saudi Arabia, Oman (twice), Iraq and Jerusalem. In the latter post, he covered both Israel and the Palestinian West Bank and Gaza for the Quartet.
Upon retiring from the State Department in 2011, Ambassador Grappo joined The Keystone Center, a public policy and conflict resolution nonprofit, serving as President and CEO through March, 2013.

Before joining the State Department, Mr. Grappo worked with Bank of America and Castle & Cook (Dole Products Co.) and served as a commissioned officer in the United States Air Force. While in the Air Force, he was one of a small number of U.S. Government scientists involved in the development of the mathematical earth model, WGS 84, now used in the Global Positioning System.

Ambassador Grappo holds a Bachelor of Science degree in Mathematics from the U. S. Air Force Academy, a Master of Science Degree in Geodetic Science and Survey Engineering from Purdue University, and an MBA from the Stanford University Graduate School of Business. He and his wife Rebecca, a Certified Educational Planner, live in Denver, Colorado.