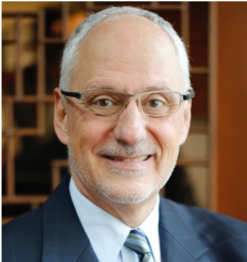 Mr. Baker’s experience in China included Deputy General Manager Changan – Ford JV (Chongqing, China). Most recently as General Manager Lincoln China, he was responsible for the launch of the Lincoln brand into the China market in 2014, which set a new standard for Lincoln globally.

While President Ford Group Philippines, Mr. Baker oversaw local manufacturing as well as export and import of motor vehicles. He also negotiated an amendment to a successful ASEAN export program, which was approved by the Board of Investment (BOI) of the government of the Philippines.

Since retiring from Ford Motor Company, Mr. Baker has been an automotive strategy advisor for a China-based data analytics company. He assists automotive companies in China solve operating challenges and develop strategies for new product introductions.

At the request of the of Lao PDR Ministry of Industry and Commerce (MOIC) in 2017, Mr. Baker provided technical expert advice to USAID in a project to substantially amend and expand an outdated prime minister’s decree and modernize and rationalize Lao PDR’s regulatory regime for motor vehicle import, export, distribution and manufacturing.