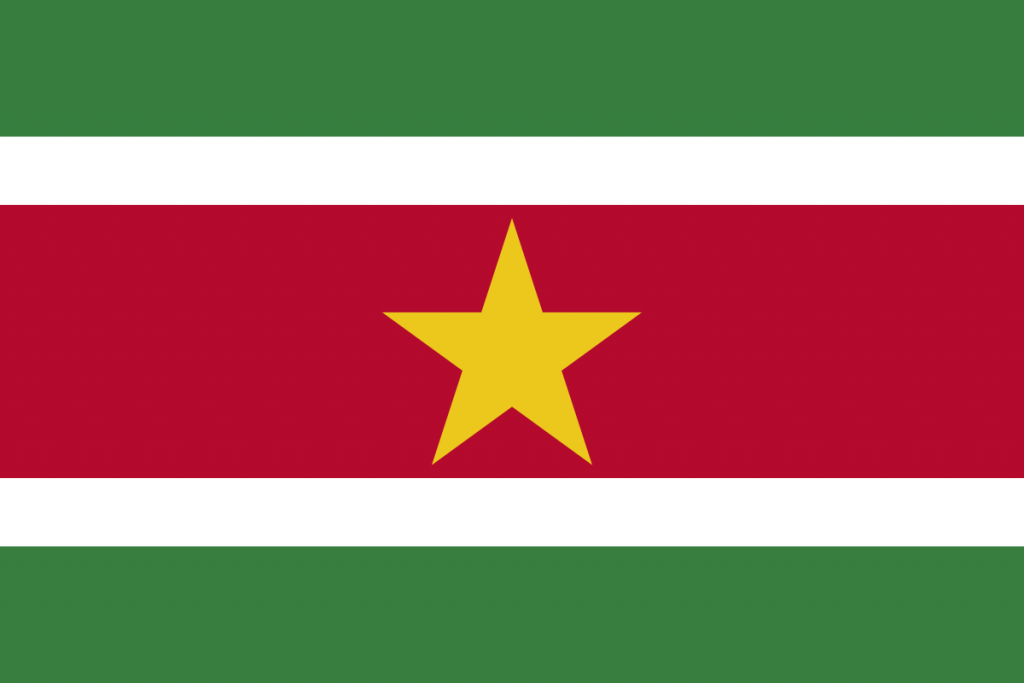 For more information on the services TSG can provide, please contact us.

National elections that occurred on May 25, 2020 will result in a significant change in Suriname’s political landscape. Chan Santokhi and his Progressive Reform Party (VHP) emerged as the largest party in the 51-seat National Assembly gaining 20 seats (up from nine) to replace President Desi Bouterse’s National Democratic Party (NDP) which dropped from 26 to 16 seats. President Santokhi was elected by the National Assembly by acclimation on July 13, 2020, along with Vice President Ronnie Brunswijk of the ABOP Party, representing the Maroon community and will lead a four-party coalition government.

President Santokhi in facing a challenging political, economic and public health environment. The Surinamese economy has been declining since termination of bauxite mining and refining over the past decade and is currently in crisis. The new president will have to contend with high inflation, spiraling foreign debt (Moody’s recently lowered the rating debt to Caa3), decaying infrastructure and a vastly inflated public sector packed with Bouterse cronies. Endemic corruption and now COVID present additional problems as does the nation’s reputation as a hub of narco-trafficking and money laundering.

Today however, Suriname looks forward to major petroleum exploration and production, as well as increasing gold mining. The Santokhi Administration will be eager to attract foreign investment and leverage petroleum E&P to expand the economy and create jobs.

Navigating Suriname’s business climate requires attention to the country’s diverse communities and sensibilities while being alert to the risks of corrupt practices that have long been common. Companies interested in working in Suriname should find a positive partner in the new government but will need to understand the country’s unique characteristics. Building trusted relations with senior government officials is, as elsewhere, critical. Government actions, personnel and policy actions will need careful, continual monitoring and assessment to foresee and mitigate risk and seize opportunities.

Transnational Strategy Group’s Suriname practice is led by Ambassador (ret.) Edwin “Ned” Nolan. Ambassador Nolan was the immediate past American Ambassador to Suriname, serving from 2015 to 2018. During his tenure, Amb. Nolan worked closely with and advocated for American energy and resource companies resulting in heading off attempts by the prior president to renegotiate contracts. He assisted in bringing Suriname into the Extractive Industries Transparency Initiative (EITI) and increased cooperation on critical U.S. objectives regarding counterterrorism, human rights and counter narcotics, spurring a ten-fold increase in illegal drug seizures during his tenure. He has a well-established working relationship with new Surinamese President Chan Santokhi as well as with other senior members of the new government. Amb.

Amb. Nolan is joined by other TSG professionals with expertise and track record in assisting firms in the energy, other extractive industries and finance sectors as well as experience in trade and investment promotion, financing and facilitation.

This practice is focused on assisting clients in Suriname or seeking opportunities there to introduce them to the new government; provide commercial and political intelligence to take advantage of opportunities and foresee and reduce risk; assist as helpful in contract negotiation/renegotiation and to vigorously advocate on clients’ behalf.